‘A ministry of presence’ 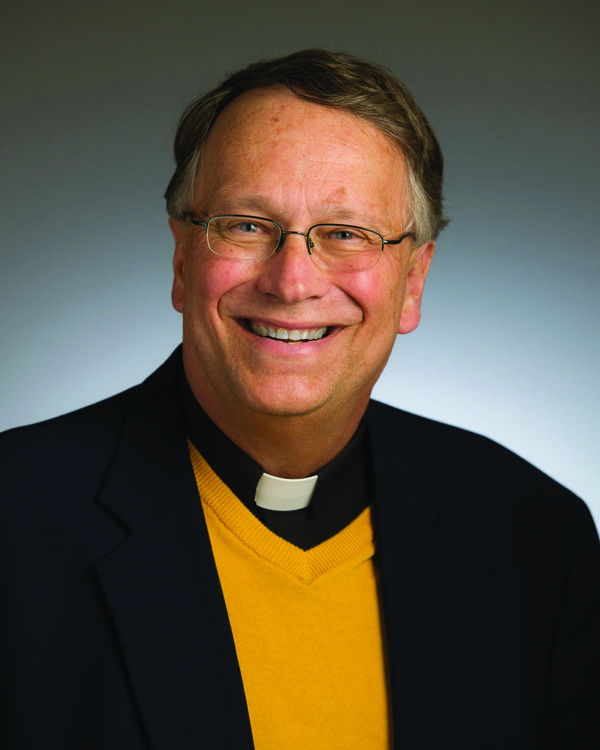 Rev. Jim Bracke, C.S.C., is the newly appointed chaplain for the University’s staff and retirees.

“I’m there as a presence to people in their work, as well as in their lives,” Father Jim says. “I am here to serve the staff, as well as to represent Notre Dame to families at the time of loss of a loved one.”

Staff can call on him for counsel, for hospital visits or to perform a funeral. But he’s not there to proselytize, he emphasizes.

“My job is to minister to everyone, regardless of religious affiliation. The University has stated very clearly that we are a place for all peoples and all faiths and creeds to feel comfortable and respected. I’ve attended mosque funerals and Buddhist ceremonies.”

An advisory council helps him plan events, he says, and gives him an ear to the needs of the staff. An upcoming series on spirituality he hopes will benefit employees and support them in a personal way, “with an awareness of who they are in their life in God, who they are at work, with the people around them and in their families.“ People of all faith traditions are welcome to attend.

Father Jim spends several hours a day traversing campus, with the aim of meeting as many people as he can — both at big events such as Town Halls and in person. “People have been very gracious in welcoming me,” he says.

For those who’d like to talk to him, his office hours in the Coleman-Morse Center are Mondays from 2 to 3 p.m. and on Fridays from 10 to 11 a.m. He’s also handing out a lot of business cards with his contact information. Reach him by email at bracke.4@nd.edu or call his Corby Hall office, 631-4131.

In the event of the death of an employee, retiree or family member, the family should notify Human Resources via the askHR helpline, 631-5900, as soon as possible. The office notifies Father Jim immediately. If he’s unable to be there for a funeral (sometimes he’s attended as many as three in a day), he will reach out with a note or phone call.

In his position as chaplain, he notes, “It’s not about me, it’s about Notre Dame and showing what our employees mean to the University. Families really are grateful, at a critical time, to have someone reach out with a phone call or a visit. The ministry of presence means a lot.”