A strategy modeled after ‘Jesus, Gandhi, MLK and common sense’ 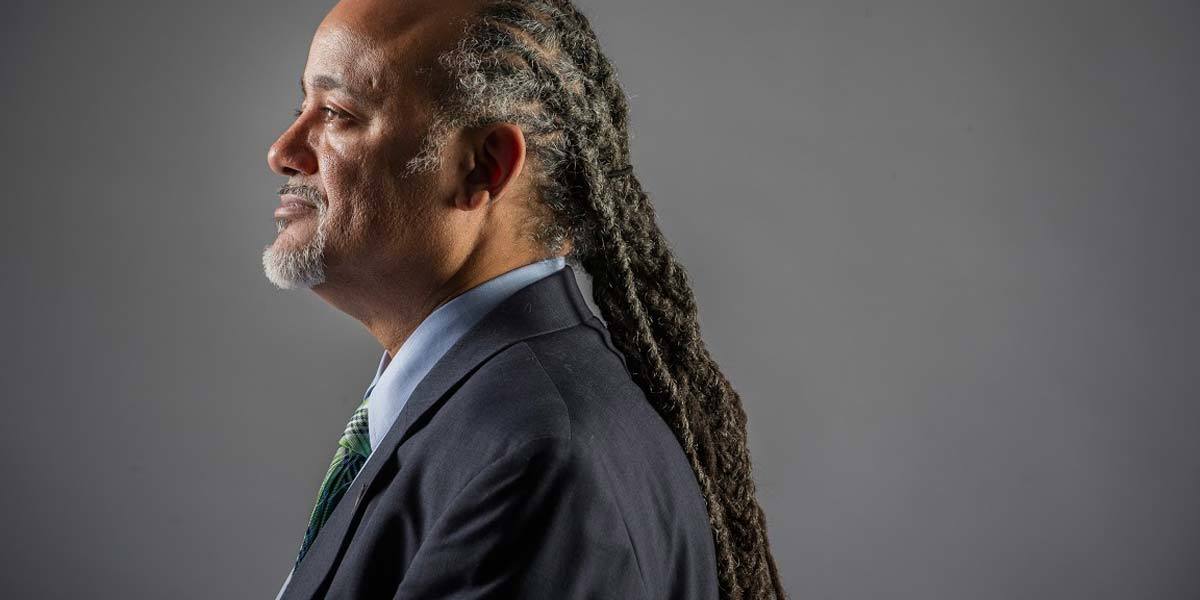 “I thought, ‘wow, this interaction needs to be positive because it’ll determine how you treat the second one,’” he says. Keeping interactions positive is a key theme for Love, recently named the University’s director of staff diversity and inclusion.

In developing the University’s strategy on staff diversity and inclusion in concert with the work of the University’s Staff Diversity Subcommittee, Love hopes to foster a broad understanding of what diversity means. “No matter where you are from, your ethnic background, sexual orientation, religious ideology or affiliation, I want you to feel welcome at Notre Dame.”

What does that mean?

Love offers an example. “Father John is so approachable, but I know I should speak to the president of the University differently than my best friend,” he says. Likewise, realizing that one might speak to an international staff member differently from a native English speaker is an important skill. “Multicultural competency genuinely serves people,” says Love.

To that end, Love looks forward to sponsoring staff programs on diversity and multiculturalism. He has already led the first new-hire onboarding class of 2015 in an eye-opening game of Diversity Jeopardy. After a fast hour of facts (Q: the 1969 riots at which establishment marked the beginnings of the gay rights movement?), participants left both entertained and enlightened about the differences among them. (A: the Stonewall Inn, a gay bar in Greenwich Village.) “The feedback was extremely positive,” he says.

The real measure of Love’s success will be the things he doesn’t hear about, “the little things,” as he calls them. “It’s how colleagues respond to a co-worker’s culturally inappropriate comment, or how a diverse staff member feels about the Notre Dame environment.”

When the occasional cultural conflict does arise, Love hopes to steer conversations from the typical “who wins and who loses” debate toward a more helpful discussion. “We have to remain engaged because we have to talk about [our differences],” Love explains. “If we shut down and remain polarized, we’ll never gain insight into each other.

“You might not change my entire thought process,” Love adds, “but I can make a more informed decision in the future because I listened to what you had to say. We both walk away winning.”

Love has experienced such conflicts firsthand. At the age of 10, Love relocated with his family to Idaho, where less than 1 percent of the population was black. Shortly after, Love was called the n-word by a classmate.

“That was ignorant,” Love said to him. “But I said it without anger. I wasn’t rude. I didn’t cuss him out. I said it matter-of-factly.” The two still keep in touch today.

The youngest of six children of interracial parents, Love forged his philosophy—meeting cultural misunderstandings with patience and education—at an early age. But it wasn’t until college that Love realized his conviction could become a career.

While pursuing his undergraduate degree in psychology at Boise State, he began working with multicultural student organizations. “I fell in love with the work,” he says. “I didn’t know you could have a career doing that at a university.”

After completing a master’s degree in counseling, Love spent five years directing diversity initiatives at Idaho State University, and another 10 at Indiana University Bloomington. Some of Love’s initiatives at both institutions continue to this day.

‘The history of diversity and social justice work at Notre Dame spans many decades … . I feel honored to continue the legacy that already exists.’

Today, Love is excited to be at Notre Dame. While he is the first to hold his current position, he knows he has some big shoes to fill. “The history of diversity and social justice work at Notre Dame spans many decades, even beyond Father Hesburgh,” Love says, acknowledging the former Notre Dame president’s pivotal role in the civil rights movement of the 1960s. “I feel honored to continue the legacy that already exists.”

“I model my strategy after Jesus Christ, Gandhi, Martin Luther King and common sense,” he laughs, and adds, “it works.”

It must. That classmate who called Love the n-word decades ago recently confided to Love that his kind response helped shape the man’s view on race throughout the rest of his life. “He said, ‘I still hear your voice today. And I owe you an apology,’” Love recounts. “I felt sorry for him that he had to hear my voice all that time,” he laughs, “but of course I forgave him 30 years ago.”