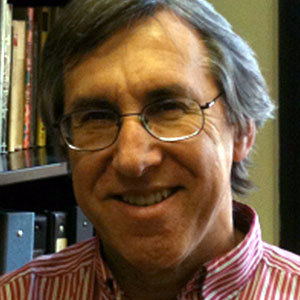 Ask Rick Libowitz ’70 about Notre Dame, and he’ll tell you how it led him to explore his faith and become a rabbi. He’ll talk about how studying liberal arts paved the way for his successful career as a professor. But he’ll also quickly mention his friends and the great times they’ve shared—including that one time they helped convince him to shave his decades-old mustache at Reunion.

It was his 40th Reunion, in 2010, and Libowitz had just decided the class gift was too small. So he announced he’d cut his whiskers if his classmates could collect $2,000 — cash — in just 10 minutes. They scrambled to make it happen.

“The tens and twenties were quickly collected,” he says. “I had classmate Mike McCoy make the first pass, then finished the job in the men's room, emerging without the ’stache for the first time in 42 years. Neither my wife nor children had ever seen my upper lip. Now, four and a half years later, it's still bare. That's giving it up for ND!”

Faith and Finding Himself

“One of the reasons I went to ND was because it was so different from my own background,” Libowitz says. “I thought there was more to college than just going to class.”

His undergraduate days were a time to explore different viewpoints and subjects. Outside of class, that included things like protesting the Vietnam War. Inside the classroom, it included studying his own tradition.

During the late 1960s, he recalls, people were just beginning to scratch the surface of ethnic studies. For him, he says, “learning more about traditions and beliefs that were not my own and, as a result, learning what it meant to be me,” ultimately led him to obtain a rabbinical degree.

“In a sense, I wanted to study more Judaism. And at the time, the only way you could really do that was to go to a rabbinical seminary,” he says.

That training later allowed him to serve as an interim rabbi at a Reconstructionist synagogue outside of Philadelphia for a couple of years. These days, he handles the occasional wedding or funeral and assists with services on Jewish holy days, but his primary job is working as a professor at Temple University, where he teaches in a great books program.

Although he didn’t share the Catholic faith of many of his classmates, Libowitz says attending a school like Notre Dame where faith was important helped him learn from others as he explored his own tradition.

“Notre Dame is a much smaller school than people realize. And there is a feeling of kinship. Now part of that, I’m sure, comes out of faith, “ he says. “I learned from it, and hopefully people learned from me. I wouldn’t trade it for anything.”

In addition to helping him explore his faith, Libowitz says, Notre Dame enabled him to make friends he still keeps today. Whether it’s through phone calls or Reunion visits, he stays in touch with many of his classmates.

As a student, he quickly became involved in campus life and student activities, running track, serving as captain of ND’s college bowl team, and working at WSND, the student radio station. He lived in Breen-Phillips his first year, then the next two years in the now-defunct Holy Cross Hall before living off-campus his senior year.

Libowitz got to know Rev. Theodore M. Hesburgh, C.S.C., the University president at the time, and stayed in touch when he moved to Israel for postgraduate studies. Hesburgh invited him to the opening of ND’s Tantur Center in Israel, and at one point even arranged a date for him.

“I came 6,000 miles for a Catholic priest to set me up on a date with a Jewish girl from New York,” he says. “Only at Notre Dame. I married someone else.” He and his wife now live in the Philadelphia area and have two grown sons.

“When I came to Philly, I didn’t know anybody here,” Libowitz says, recalling how he quickly made friends with fellow alums, and even served as vice president of the Notre Dame Club of Philadelphia. “But we had something in common. And that’s true of ND people everywhere. There’s a worldwide community.”

It was a natural choice for someone who fondly recalls his college days here and still keeps in touch with old friends.

“The experience at ND was something that sticks with you. I missed one Reunion. I’ll be back for my 45th next June,” Libowitz says. “You get with these people and you don’t see them for 5, 10, 15, 20 years, and it’s like it’s been two weeks. We’re 20 pounds heavier, the hair has turned snowy, but it’s all the same guys.”