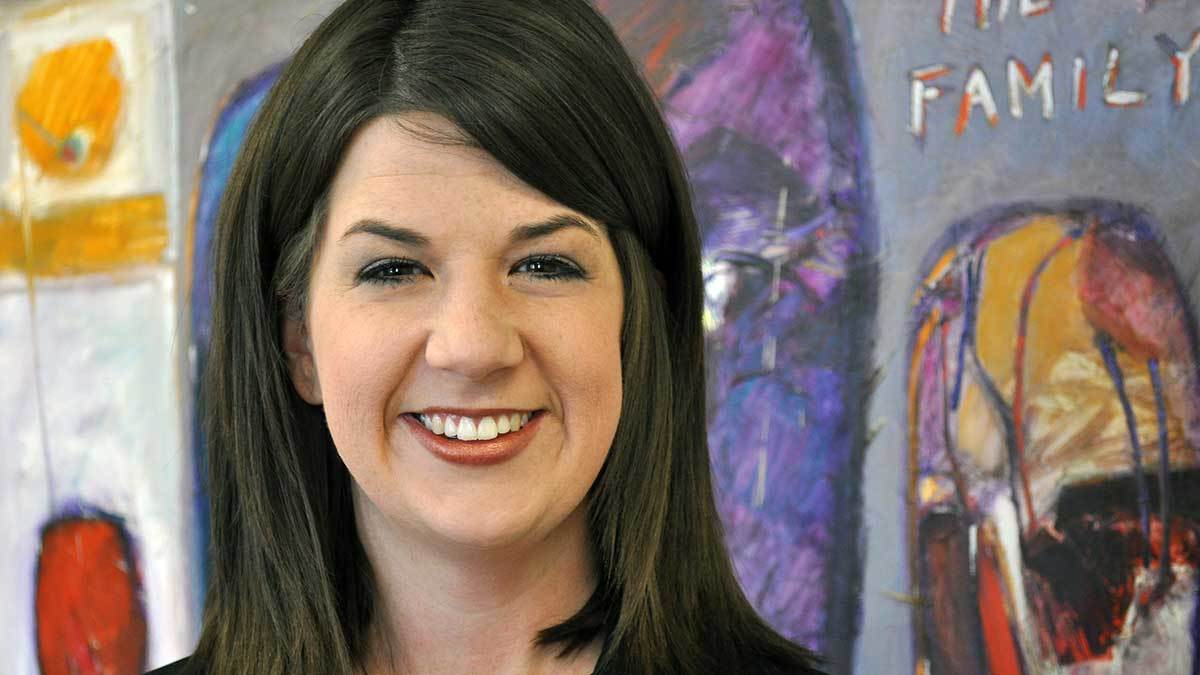 Heather Reynolds, a nonprofit leader with extensive expertise in poverty alleviation, will join the Wilson Sheehan Lab for Economic Opportunities (LEO) at the University of Notre Dame as its inaugural managing director in January.

Reynolds has served as president and CEO at Catholic Charities Fort Worth (CCFW) for the past 14 years. Under her leadership, Catholic Charities grew tenfold locally and catalyzed an unprecedented expansion of its programming across several states. CCFW currently serves more than 40,000 people each year at its four locations across 28 counties and has grown to become one of the largest Catholic Charities organizations in the country.

“Heather is a once-in-a-generation leader in the social service provider sector,” said Jim Sullivan, LEO co-founder, professor of economics and Gilbert F. Schaefer College Chair. “Her passionate dedication to serving the poor and vulnerable, combined with her commitment to evidence-based solutions to poverty, make her uniquely qualified to lead LEO’s efforts to reduce poverty and improve lives.”

Reynolds pioneered CCFW’s rigorous program evaluation approach, restructuring the organization to focus on testing program impact, adjusting resource allocations to programs that work, and charging her staff to innovate in order to eradicate poverty. CCFW was one of LEO’s first key partners, working with LEO to measure the impact of its community college completion initiative, as well as partnering with LEO to embed rigorous evaluation into the design of a holistic case management program that aims to permanently move people out of poverty.

“LEO changed the DNA of Catholic Charities Fort Worth,” Reynolds said. “We care more than ever about evidence; we invest our donors’ resources where they make the strongest impact; and, most importantly, we are better at how we help people experiencing poverty move from a place of despair to a place of potential. Having experienced LEO’s potential for impact directly at Catholic Charities Fort Worth, I am honored to join the team to help make LEO’s vision a reality.”

Reynolds acts as the national adviser to the United States Conference of Catholic Bishops’ Committee on Migration and serves on the Catholic Charities USA Executive Council of Diocesan Directors. In 2011, Reynolds was awarded the Benemerenti Medal from Pope Benedict XVI, which is the highest honor a layperson can receive in the Catholic Church. During her tenure at Catholic Charities Fort Worth, Reynolds has been honored as the Center for Nonprofit Management’s Nonprofit CEO of the Year, named 40 under 40 in Fort Worth, and testified on Capitol Hill about the need for a comprehensive approach to help people in poverty.

The Wilson Sheehan Lab for Economic Opportunities matches top researchers with social service providers to conduct impact evaluations that identify innovative, effective, and scalable programs and policies that support self-sufficiency. LEO disseminates its key findings to policymakers and front-line providers in order to support evidence-based policy and programming decisions that effectively and jointly reduce poverty in the United States.

Reynolds will direct LEO’s pursuit of its newly launched five-year strategic plan, through which it seeks to influence poverty policy and support the culture of evaluation among service providers to the poor nationwide. Co-founders Bill Evans and Sullivan will remain actively involved in LEO, and Sullivan will continue to act as its director. Learn more at leo.nd.edu.