A new report by the University of Notre Dame’s Institute for Latino Studies (ILS) examines how gender affects Latino men’s and women’s savings for retirement and concludes that there is a need to develop programs to empower lower-income women and men to save for retirement.

The research report, directed by Karen Richman, a Notre Dame cultural anthropologist, applies a novel, interdisciplinary approach to the role gender plays in Latinos’ inability to save for retirement, combining anthropological and economic theories and methods.

The methodology used to understand the context and meaning of gender in Latino retirement includes statistical analysis of national census data from the Survey of Income and Pension Participation (SIPP) and the Health and Retirement Survey, and a qualitative case study of foreign-born Mexican immigrants’ and native-born Mexican-Americans’ retirement savings in metropolitan Chicago.

The research was conducted between 2012 and 2014, and was composed of individual interviews, focus groups, questionnaires, and participant observation in Mexican neighborhoods and at a Mexican immigrant senior center.

The study extends previous research Richman conducted for ILS on the complex causes and consequences of Latinos’ inability to save for retirement. With support from the National Endowment for Financial Education, Richman and her fellow researchers investigated the relationship of Latinos’ employment, citizenship, household income, and resources to their low rates of pension eligibility. They then moved from the examination of these structural-economic factors to social and cultural institutions to investigate how low-wealth Latinos’ “investment” in collectivist, and often long-distance, networks substitute for savings in the formal retirement systems.

A key finding of the earlier research was how collectivism, the emotional and material interdependence between the members of families and social networks, could hold powerful sway over Mexican immigrants’ ideas about savings. “Confianza” is the word Mexicans use for the intangible resource or cultural capital that carefully builds to establish social wealth and security.

In the new report, Richman and her colleagues add gender to the equation to consider whether and how it affects Latinos’ planning and saving for retirement. The report had several key findings: 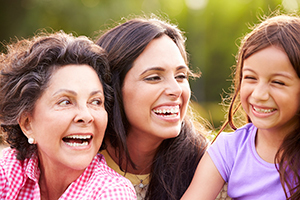 Fortunately, a guaranteed savings plan like the one they envisioned has materialized: the United States Department of Treasury’s myRA (my Retirement Account) program. Latinos, in particular, will benefit from participating in myRA because it is: 1) automatic, depositing passively every payday; 2) portable — it is not tied to a single employer so participants don’t need to withdraw or rollover into other plans every time they change jobs; 3) open to part-time and full-time workers; 4) affordable — there is no cost to open an account and it does not require large minimal contributions; and 5) guaranteed by the U.S. Treasury. Unlike the defined contribution plans, the myRA is not tax-deferred, but low-income workers do not tend to benefit much from tax-deferred plans. Finally, there is no penalty for withdrawal.

Richman’s research team is concerned that this feature may make it too easy for participants to deplete their funds, but it does remove the costly penalties shouldered by current retirement contribution plan participants.

The ILS report can be found here.