Observer letter to the editor: #MigrantLivesMatter 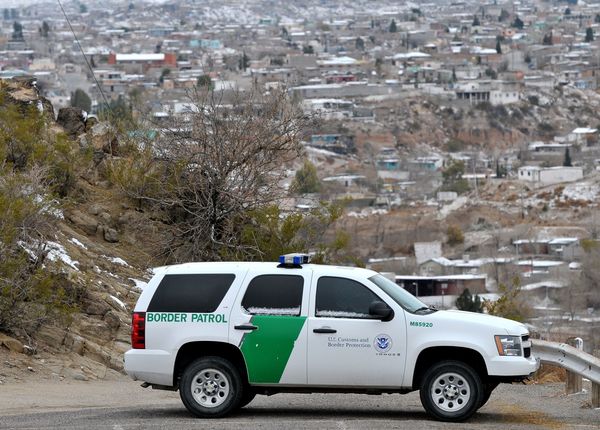 The cooler opened and the pungent smell immediately hit our noses. Before our eyes were dozens of dead bodies, most of them labeled John and Jane Doe. Migrant deaths at the U.S.-Mexico border are flooding the Pima County medical examiner’s office with hundreds of migrant remains each year. As a result, the office has been forced to expand its storage facilities by introducing outdoor coolers and trucks.

U.S. border enforcement and immigration policies are a huge part of the explanation for all these deaths.

In post-9/11 America, the conversation about strengthening the border is often framed in terms of national security. However, the U.S. has been tightening its border since around a decade before those terrorist attacks. Beginning in the 1990s with Operation Hold the Line in El Paso and Operation Gatekeeper in San Diego, the U.S. government has continuously tightened and militarized its border with Mexico by closing off urban ports of entry, building more walls and installing lighting systems and motion-sensor cameras.

This border enforcement strategy, known as Prevention Through Deterrence, has funneled undocumented migration toward remote border regions such as the Sonoran Desert of Arizona, where Border Patrol has a hard time surveilling the land but crossing conditions are most treacherous.

The Prevention Through Deterrence policy did not have death in mind when it was initially enacted in the early 1990s. Officials banked on the idea that very few would dare to attempt crossing into the U.S. through the most remote, hot and dry regions of the borderlands.

However, the push-and-pull factors of migration are driving migrants to embark on this grave trek, where people are dying by the hundreds. The government has failed to respond adequately to these deaths, as they have continued to maintain the walls and border enforcement policies that drive migrants into these perilous regions, adding more and more people to the border’s body count.

When we as a country know hundreds of people die at the border each year, it is unacceptable to continue to support policies that directly allow for this to happen. This is a non-negotiable problem that should unite people and parties of differing opinions, rather than being avoided and ignored as it has continued to be. Unnecessary and inhumane death in the desert is a reality for which no policy, politician or person should support or condone.

There are many strategies for border control being discussed at this time in our country, especially by the candidates in the presidential race: issue a larger number of visas, deport those who stay longer than their visas permit, increase the funding and force of the U.S. Border Patrol, build a wall that migrants cannot get through (even though the former Arizona governor and former Secretary of Homeland Security, Janet Napolitano, has said, “You show me a 50-foot wall, and I’ll show you a 51-foot ladder” in reference to the inability of a wall to keep migrants from coming into this country).

What must come first in the minds of those reforming border security policies is the migrant and his or her risk of death in the desert. We need to get rid of policies that directly lead to migrant deaths and replace them with action and law that treat migrants as human beings. No man, woman or child should die at the border.

The views expressed in this Letter to the Editor are those of the author and not necessarily those of The Observer.

Originally published by Institute for Latino Studies at latinostudies.nd.edu on February 17, 2016.