Helping those in need One Shirt, One Body at a time 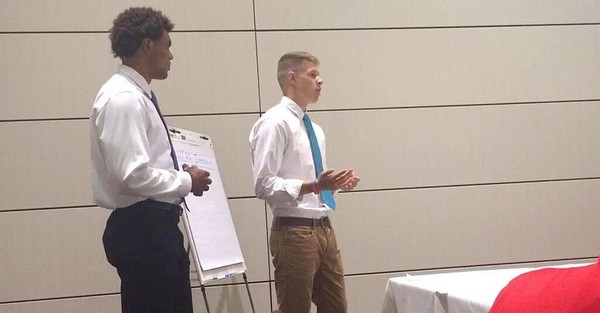 The idea started by accident last May. My Notre Dame football teammate Cole Luke had some extra Under Armour cleats and didn’t know what to do with them. So his roommate, Andrew Helmin, offered to take them back home to Frankfort, Ill., and give them to the kids in the neighborhood. Not surprisingly, the kids were overwhelmed with excitement at the chance to wear the game-used cleats of one of Notre Dame’s starting cornerbacks.

Like a sudden light illuminating a dark room, an idea emerged. What if more student-athletes gave their extra gear and clothing to those in need? That simple notion gave birth to a nonprofit organization now known as One Shirt One Body, a student-athlete led initiative to donate athletic apparel to local communities

Originally published by Daily Domer Staff at dailydomer.nd.edu on February 02, 2016.