The Department of Romance Languages and Literatures has added expertise in modern Spanish and Italian culture and literature this year with two new faculty hires — Pedro Aguilera-Mellado and Charles Leavitt IV.

“The department was very lucky to have been able to recruit successfully our two top candidates for these positions. Pedro Aguilera-Mellado and Chuck Leavitt are very talented young scholars who have strong research profiles and have excelled in the classroom,” said Thomas Anderson, professor of Spanish and chair of the Department of Romance Languages and Literatures.

“Pedro and Chuck are both rising stars in their respective fields. Pedro’s dissertation is innovative and ambitious; I was especially impressed by his interdisciplinary approach to the works of a broad range of Spanish writers, filmmakers, artists, and intellectuals. Chuck has done important, groundbreaking work on Italian neorealism, and his research on the connections between Italian intellectuals and the African-American struggles since the late 19th century is original and intriguing.” 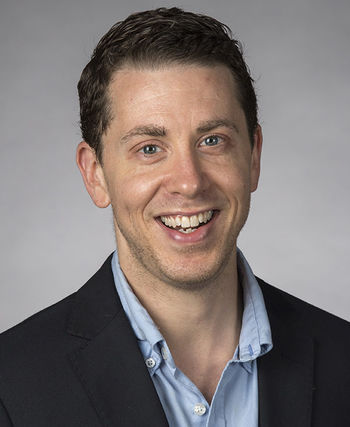 Leavitt’s current research was inspired by a fascination with post-World War II Italy.

It was a moment of reflection for Italians, he said, when they saw the opportunity to radically rebuild their world — and every new work of art or literature took on greater significance.

“In Italy in 1945, many found themselves looking around at the rubble, and at the preceding 20 years of fascism, and thinking that things had gone so horribly wrong that the country effectively needed  to start over,” he said. “And yet, they were in the country of Michelangelo and Dante, and so inevitably they were bound to ask whether you could really  start over, start from scratch, when they had this great artistic, cultural inheritance, and historical tradition.

“That question, the question of the postwar period, was crucial for understanding what I find both attractive and challenging about Italy and Italian studies.”

His book project is a cultural history of Italian neorealism — which he sees as a society-wide discussion of what Italy was and what could be done to rebuild.

“One way to participate in the discussion was to write a novel, or give a speech, or write an editorial, or make a film,” Leavitt said. “If you can see all of those things in conversation with each other, you can get a sense of what Italian artists and intellectuals were trying to do.”

Leavitt is bringing that research into the classroom this semester in a graduate seminar called After the Flood: Post-War Italy. He is also teaching an undergraduate class titled Passage to Italy, a “bridge” class for students progressing to more advanced Italian studies that focuses on advanced grammar while introducing key points of Italian history and culture.

“I feel very lucky to be teaching in a thriving graduate student community and to be working with Notre Dame undergraduates, who are enthusiastic and really dedicated,” he said. “They make great strides, even in a semester, because they work hard and they truly care.” 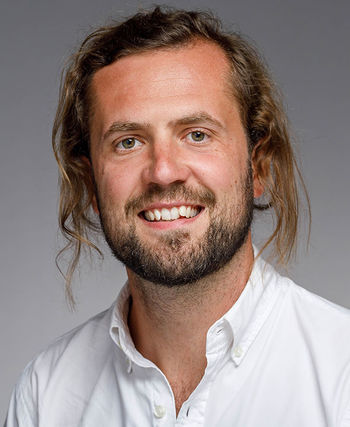 Aguilera-Mellado, who grew up in southern Spain, received bachelor’s and master’s degrees in philosophy at the Universidad de Granada before coming to the U.S.

That background in philosophy informs his work in literature and cultural studies, he said.

“Someone said that literature and culture are a shared song about our finite condition, an acknowledgement that we are part of the same human existence,” he said. “By exploring artistic expressions — paintings, films, literature — I think we can better understand the questions that are fundamental to all of us.”

He has published several articles on the deconstruction of modern ideas and culture. His most recent article, which is forthcoming in Hispanic Issues, addresses the concepts of happiness, violence, death, and discrimination against the “other” at the end of the modern period, based on analysis of the novel La Tierra Que Pisamos, by Jesus Carrasco.

Aguilera-Mellado is also beginning work on a book project which will examine issues of representation in the works of painter Francisco de Goya and writers Juan Benet and Jose Blanco White, among others.

This semester, he is teaching a course on the foundations of Iberian modernities, as well as  an introduction to literature and cultural studies in the Hispanic world.

“The introductory course is one of the most beautiful I’ve ever taught, because we try to understand what literature is — what its main tools, characteristics, and consequences are,” Aguilera-Mellado said. “We explore how the study of literature from medieval to contemporary narratives are important as a vehicle to learn about the world.”

Both Leavitt and Aguilera-Mellado were excited to join Notre Dame, they said, because of the University’s unparalleled commitment to the humanities. Aguilera-Mellado said he sees it as “one of the few places in the U.S. where there are no limits to what we can do.”

“There is all the support we need here,” he said. “We are encouraged to use our imagination to create research projects, conferences, and special events for our students. And it’s not just about funding — it’s about the mentality and the sense of community here that I’ve never seen in any other department.”

Originally published by Carrie Gates at al.nd.edu on November 26, 2018.