A Call to Love: Bridging the Racial Divide

In honor of Martin Luther King Jr.’s bold call to love, a panel of students, faculty, and staff will reflect on diversity and inclusion at Notre Dame. Panelists will draw from their own experiences to discuss ways in which we, as members of the University community, can “walk the walk.”

The New Jim Crow: Mass Incarceration in the Age of Colorblindness
Michelle Alexander

The Fire Next Time
James Baldwin

"The Complexity of Identity: 'Who Am I?'"
Beverly Daniel Tatum

"Open Wide Our Hearts: The Enduring Call to Love, a Pastoral Letter Against Racism"
United States Conference of Catholic Bishops 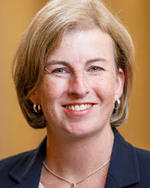 Professor Jennifer Mason McAward teaches and researches in the areas of civil rights, constitutional law, and habeas corpus.  She is 1994 Notre Dame graduate with a B.A. in Government and International Relations and a minor in Theology. Following law school, Professor Mason McAward served as a law clerk for United States Supreme Court Justice Sandra Day O’Connor and then practiced civil rights law in Washington, D.C.  She returned to Notre Dame in 2005 and was named the Law School’s Distinguished Professor of the Year in 2007. She was appointed Director of the Klau Center for Civil and Human Rights, part of the Keough School of Global Affairs, in 2016. 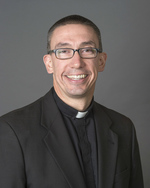 Rev. Peter McCormick, C.S.C., serves as the Director of Campus Ministry at the University of Notre Dame.  A native of Grand Rapids, Michigan, Father McCormick entered Moreau Seminary following his graduation from Grand Valley State University in 2000.  Two years later professed his first vows in the Congregation of Holy Cross.  While in the seminary, Father McCormick worked at St. John Vianney Parish in Goodyear, Arizona, directing its Confirmation program, teaching mathematics in the parish school and coaching 5th and 6th grade basketball.  Returning to Notre Dame, he earned a Masters of Divinity in 2006 and was ordained a Holy Cross priest the following year.  From 2007 to 2013 Father McCormick served as rector of Notre Dame’s Keough Hall.  Following his time as rector, Father McCormick pursued his Executive M.B.A. from Notre Dame’s Mendoza College of Business, completing the degree in 2015.  In addition to his current role in Campus Ministry, Father McCormick serves as chaplain to the Notre Dame Men's Basketball team. 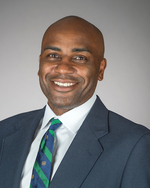 Ernest Morrell is the Coyle Professor in Literacy Education and Director of the Center for Literacy Education, a Professor in both the English and Africana Studies Departments, and a fellow of the Institute for Educational Initiatives and the Kellogg Institute for International Studies here at the University of Notre Dame. His areas of interest include Literacy Education, Popular Culture and the African Diaspora, International Education, and Literature for Children. Ernest is an elected member of the American Educational Research Association (AERA) Council, an elected Fellow of the AERA, a past-president of the National Council of Teachers of English, an appointed member of the International Literacy Association’s Research Panel, and convener of the African Diaspora International Research Network. A highly recognized and awarded scholar, he is also the chair of the Planning and Advisory Committee for the African Diaspora Consortium, and he sits on the Executive Boards of LitWorld and the Education for Democracy Institute. 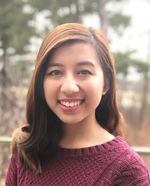 Alyssa Ngo is an undergraduate senior double-majoring in the Program of Liberal Studies and English, with a minor in Education, Schooling and Society. Originally from Marion, Indiana, Alyssa lived in Ryan Hall before moving off-campus this year. During her time at Notre Dame, she has worked with a number of cultural organizations, including the Vietnamese Student Association and the Asian American Association. Currently, she is proud to serve as the chair of Diversity Council, an assembly of student leaders under MSPS; in this capacity, she also sits on the Student Senate and the Advisory Committee for Race and Ethnicity. Alyssa has learned through these positions the impact of frank and open dialogue, and she looks forward to bringing an honest student perspective to this panel. 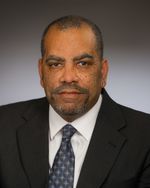 (The Rev. Canon) Hugh R. Page, Jr. is Professor of Theology and Africana Studies; and Vice President, Associate Provost, and Dean of the First Year of Studies. He holds a BA degree with a major in History from Hampton University; MDiv and STM degrees from General Theological Seminary in New York; a DMin in Applied Ministries from the Graduate Theological Foundation; and MA and PhD degrees in Near Eastern Languages and Civilizations from Harvard University. His particular research interests include early Hebrew poetry; theories of myth; the cultural content, and ethnological criticism of, ancient Near Eastern texts; Africana biblical interpretation; poetry as medium for theological expression; the use of religious traditions and sacred texts in identity construction within the Black community; and the role of mysticism and esotericism in Anglican and Africana spiritualties. 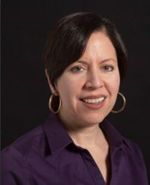 Maria Tomasula is the Michael P. Grace Professor of Art in the Department of Art, Art History and Design at the University of Notre Dame.  She is best known for her emotionally evocative paintings and drawings created with rigorous technical precision.  Influenced by an early exposure to Latin colonial religious imagery as well as to popular Latinx street art, her work centers on the self as a relational entity. Conveying a sense of pleasure in bodily being, her images are complicated by an undertow of implicit violence that speaks to the ambivalence of our negotiation between suffering and enjoyment. Tomasula’s work has been exhibited in numerous venues, including the Aldrich Museum of Art, The National Museum of Mexican Art, and the Pennsylvania Academy of the Fine Arts.  She is represented by Zolla/Lieberman Gallery in Chicago and Forum Gallery in New York. 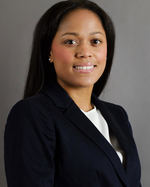 Cameasha Turner currently attends The University of Notre Dame Law School. She has an extensive background in research, advocacy, and leadership. She obtained her bachelor’s degree from the University of Texas at El Paso. There, she was captain of her women’s basketball team and graduated summa cum laude of her graduating class. She received distinguished honors for her commitment and research to civil, social and human rights issues. She is also the recipient of the Scholar Athlete and Spirit of Service Award for the work she did in her community. Additionally, she pioneered a transformative committee whose goal was to shed light on the social issues confronting a 21st century world. She organized a series of lectures that focused on topics surrounding criminal justice reform. Most notably, she invited the mother of Oscar Grant, an African-American male fatally shot and killed by a BART police officer in Oakland California, to campus. She now clerks at a big law firm in Dallas, Texas, is an Assistant Rector and sits on the Faculty Board of Athletics, at The University of Notre Dame.