Judge Williams will engage in a dialogue regarding her life and lessons learned with Erin McGinley, a Notre Dame alumna. 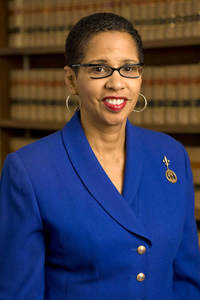 The Honorable Ann Claire Williams was appointed to the U.S. Court of Appeals for the Seventh Circuit in November 1999. Before she became a circuit judge, she served as a U.S. District Court judge for the Northern District of Illinois in Chicago from 1985 to 1999. She serves as secretary of this Board and was awarded an honorary degree in 1997 and the Sorin Alumni Award in 2012.

Judge Williams earned her bachelor’s degree from Wayne State University, an MA in guidance and counseling from the University of Michigan, and her JD from the Notre Dame Law School. Before her lifetime appointment to the federal bench, she served for many years as an Assistant U.S. Attorney and Criminal Division Chief. She was chair of the Court Administration and Case Management Committee of the U.S. Judicial Conference from 1993 to 1997 and served on the Supreme Court Fellows Program Commission from 2005 to 2011.

In 2009, Chief Justice Roberts appointed Judge Williams to the Judicial Branch Committee of the U.S. Judicial Conference. She served as treasurer, president-elect, and president of the Federal Judges Association, which has a membership of more than 1,200 federal judges. Judge Williams also serves on the boards of a variety of community, legal, and judicial organizations, including Equal Justice Works, the Federal Judges Association, the National Institute for Trial Advocacy, and Just the Beginning-A Pipeline Organization which she founded. She is also a member of the Carnegie Foundation and the Museum of Science & Industry boards. She has taught trial and appellate advocacy for many years throughout the United States and abroad in various law schools and continuing legal education programs for judges and lawyers, including the Department of State, U.S. Department of Justice, and Lawyers Without Borders in Indonesia, Kenya, Liberia, Ghana, Tanzania, and Uganda. 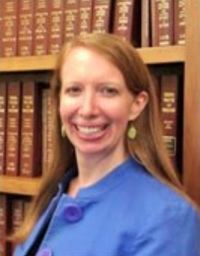 Erin McGinley is the Senior Law Clerk to the Honorable Ann Claire Williams of the United States Court of Appeals for the Seventh Circuit, a position she has held since 2004.

Ms. McGinley has served as an Adjunct Professor at Loyola University Chicago School of Law, where she taught written and oral advocacy. She also teaches in Emory Law School’s Kessler-Eidson Program for Trial Techniques. Ms. McGinley has devoted significant time to international rule of law work. For nine of the last ten years, she was the Assistant Team Leader for training programs in Nairobi, Kenya for Kenyan judges, prosecutors, and other attorneys co-sponsored by Lawyers Without Borders, the U.S. Department of Justice, and the National Institute for Trial Advocacy. She has also served as a lead faculty member in multiple programs at the Kenya Judiciary Training Institute. She has traveled to Monrovia, Liberia on three occasions to teach in advocacy training programs for Liberian judges, prosecutors, and defense attorneys, and she helped coordinate and served on the faculty of Lawyers Without Borders programs in Ghana and Indonesia. She also spent several months serving in the appellate division of the International Criminal Tribunal for Rwanda located in Arusha, Tanzania.