A ‘different lens’ for diversity recruiting 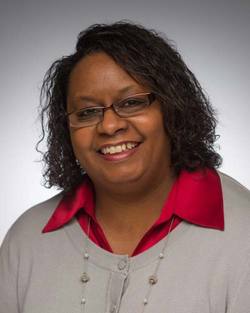 When Christina Brooks looks around campus, she sees a Notre Dame very different than the one she first attended as a freshman in 1988. “We are always expanding and always growing,” she notes.

“Our staff should reflect that as well,” she adds.

“When there’s an opportunity for a qualified candidate to see a program or organization through a different lens,” says Brooks, “we want to bring those new ideas into the workplace.”

The first to hold the position recently created under the University’s diversity initiative, Brooks plans to begin by listening and learning. “We’re in the discovery phase,” she says. “We’re looking across campus for areas where we can have an impact, and for what will work in different areas.”

Brooks knows that success in diversity recruiting requires a bit of matchmaking. “You have to look at candidates holistically and what they bring to the table,” she says, “but you also have to know the University and the hiring department, and be able to match the two so it is a win for everybody.”

That means Brooks will work hand-in-hand with human resources consultants, hiring managers, recruiters and others who have their finger on the pulse of the University’s hiring needs.

Though her position is new, Brooks has nearly two decades of experience working with underrepresented populations. She joined Notre Dame’s undergraduate admissions office in 2005 as a diversity student recruiter, and “fell in love with that,” she grins. In 2012, Brooks joined the TRiO program to help children from underserved backgrounds achieve their highest educational potential.

Tasked last year to work on the soon-to-be unveiled redevelopment of Notre Dame’s diversity website, Brooks knows that a truly diverse University embraces differences on multiple levels well beyond the familiar categories such as race and gender. She looks forward to working in tandem with the campus education and training initiatives organized by Eric Love, the University’s director of staff diversity and inclusion. “Our goal, both for the website and our offices,” she says, “is to spark discussions across campus about what it means for our Notre Dame family to be diverse.”

Brooks knows a diverse family when she sees one. The youngest of eight siblings in a Catholic family, her family tree looks more like a world atlas: one grandfather is German Jewish, another is AfroCuban, her grandmother is both African-American and Native American, her aunt is Chinese, and her brother-in-law is from Guatemala. “I grew up exposed to different cultures, different religions, different languages, different lifestyles,” she says. “It’s been a part of my life from the beginning.”

Though Brooks is continuing her decades-long commitment to diversity at Notre Dame, she sees new opportunities ahead. “We’ve always had challenges when it comes to diversity and inclusion,” she notes. “But this is the first time I’ve seen so many senior leaders across campus really wanting to move in the same direction at the same time. I really believe that this is a pivotal moment in Notre Dame’s history.”