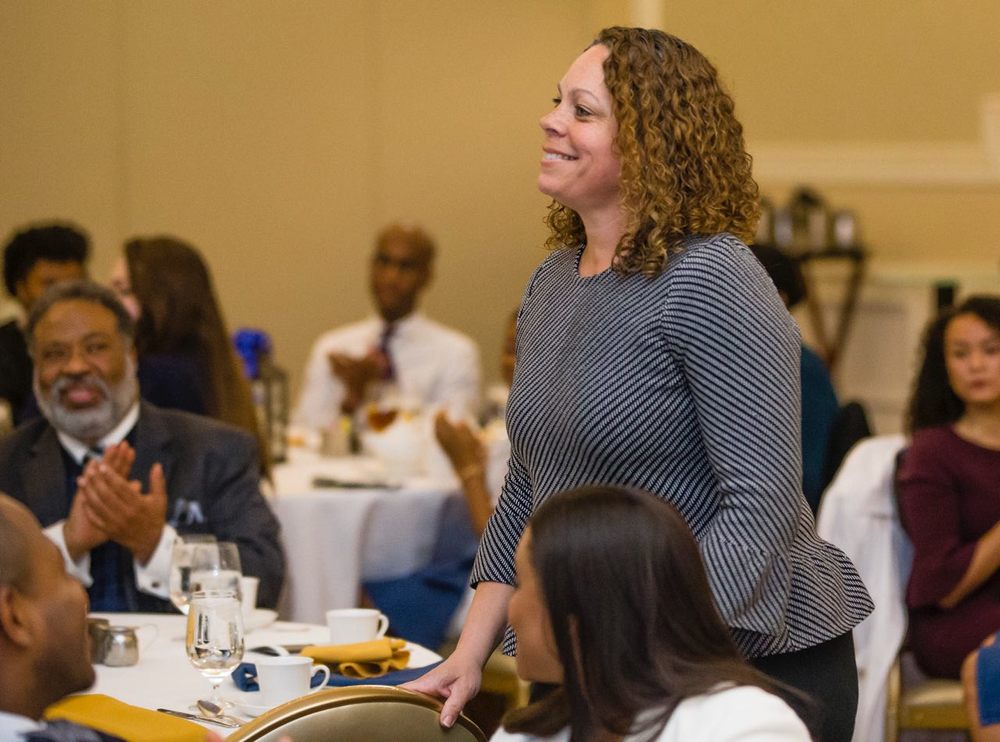 Notre Dame’s BLSA chapter presents the award each year to a graduate who distinguishes herself or himself within the legal community and supports BLSA programs and activities. The honoree also demonstrates a commitment to service through involvement in the community.

Massay, a commissioner on the New York State Athletic Commission, has worked for more than 20 years in the sports, entertainment, and media industries. She also served previously as executive director of RISE, the Ross Initiative in Sports for Equality, a nonprofit organization that promotes understanding, respect, and equality in sports and beyond.

She encouraged the law students, as they embark on their careers, to live their lives with what she calls her Five Ps – passion, preparation, perseverance, pride, and paying it forward.

Massay spent the largest portion of her speech talking about passion and how it has guided her career decisions.

“Life is short. Ten years from now, if you’re at a big firm, making big money, with a big mortgage, it’s really hard to backtrack and go after something that you may love but doesn’t pay you the money,” she said. “You are young, you can take chances, and you should follow your heart.” 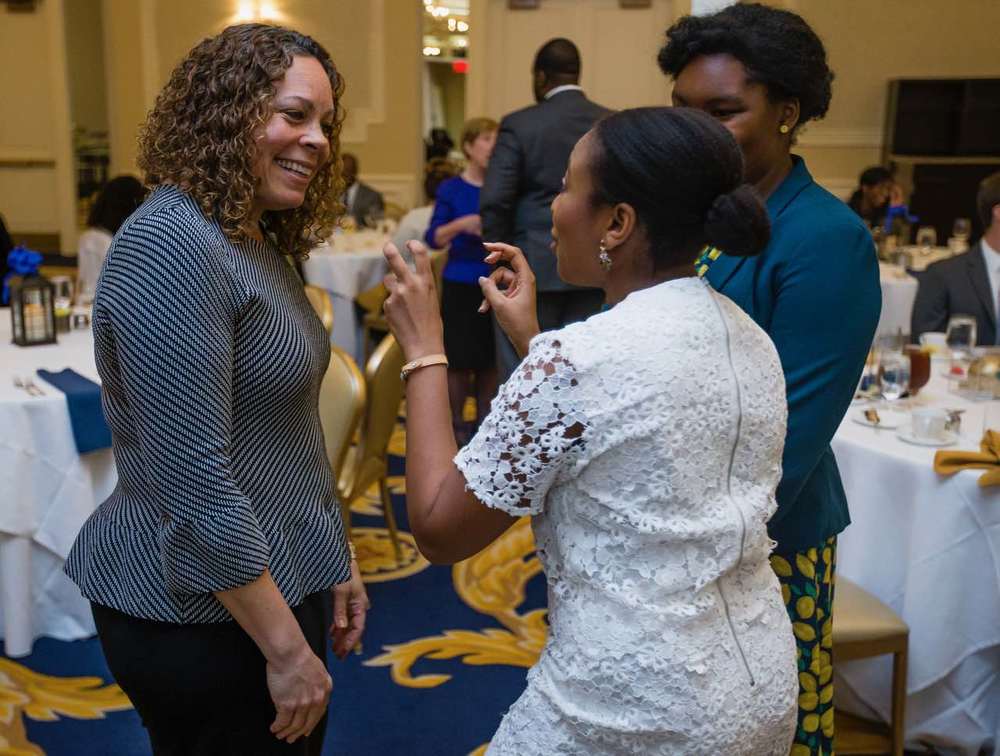 She’s also passionate about sports. She came to Notre Dame Law School with the goal of being a sports lawyer.

Upon graduating from the Law School in 1993, she had to decide between taking a six-figure job offer with a California law firm and taking an internship with the NCAA that paid $18,000.

“I chose the internship, and people thought I’d lost my mind,” Massay said, drawing laughs from the audience.

“It was a choice to follow my passion,” she said. “I was used to being a poor college student, so I thought, ‘What’s one more year?’ I knew I was going to put myself in a position to succeed in the area where I wanted to succeed.”

Massay has gone on to build a career working in collegiate and professional sports with organizations such as the NFL, ABC, and ESPN, just as she dreamed. At the New York State Athletic Commission, she establishes policy for boxing and mixed martial arts in the state.

“I love waking up in the morning and going to work,” she said.

Massay closed her speech by encouraging students to pay their success forward.

“People helped you, people helped me. We need to help the next ones,” she said. “We have to constantly pull people up.” 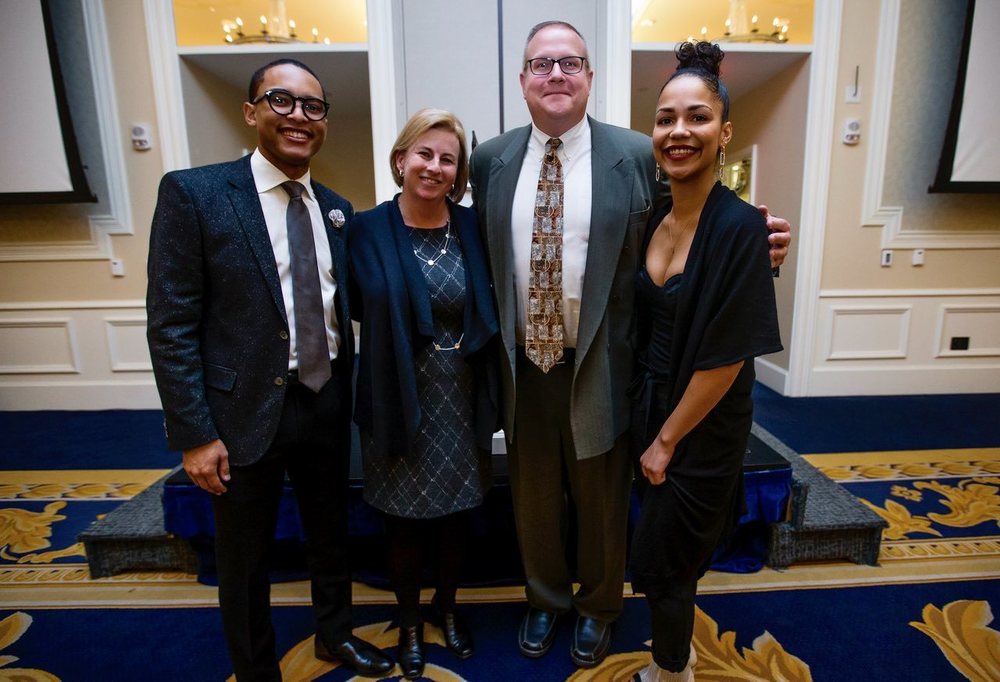 Judge Ann Claire Williams, ’75 J.D., was given the Distinguished Service Award in recognition of her service to the Law School, BLSA, and the African-American community as a whole. Williams recently retired from the U.S. Court of Appeals for the Seventh Circuit and joined Jones Day to lead the firm’s efforts to advance the rule of law in Africa.

Professor Jennifer Mason McAward, director of the Center for Civil & Human Rights, received the Charles F. Crutchfield Professional Excellence Award. The award is named in honor of the first African-American member of Notre Dame Law School’s faculty. It is presented to a current professor who demonstrates a commitment to diversity both inside and outside the classroom.

Peter Horvath, the Law School’s director of student services, received the Rebecca B. Ward Appreciation Award for consistently contributing his time and assistance to further BLSA’s goals and objectives.