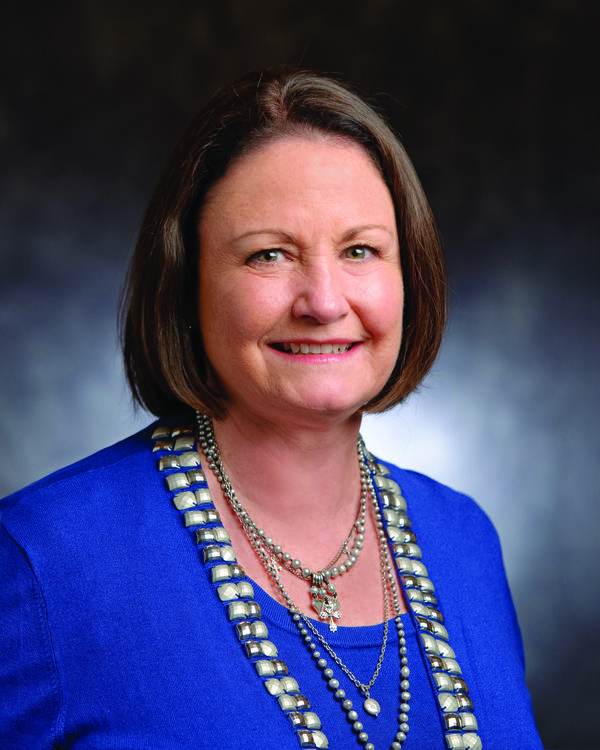 Marianne Corr, vice president and general counsel in the Office of General Counsel, was born outside Philadelphia, “the oldest of 11 kids in a big Irish Catholic family,” she says.

Her parents wanted her to attend a Catholic college. She came to visit Notre Dame and loved it — matriculating in the third class of freshmen to admit women.

The Notre Dame tradition now runs in the family. Five of her brothers and sisters are alumni, “and so far, three of the nieces and nephews have graduated as well. We became a Notre Dame family,” Corr says.

During her college years, She lived in Breen-Phillips, did a stint as a resident assistant and spent a year in France.

After graduation, she attended Duke University Law School, and then worked in Washington, D.C., for 12 years, first as associate and then partner in the international law firm Jones Day. Subsequently, she became a partner in the Corr Law Offices, a general trial practice firm, and later joined Fortune 500 firm Textron as vice president and deputy general counsel.

Then she got a call from a recruiter.

Her experience at Notre Dame has been wonderful, she says. “The people are great. And the issues are fascinating. The Office of General Counsel is really a very sophisticated small law firm. We can work as a team among ourselves, and with our clients.”

Every day is different, she notes. “We review just about every contract the University is party to, over 2,000 a year. We represent the University in litigation. We work with Human Resources on employment and benefits. We work with campus researchers and faculty to commercially develop research performed here.”

In addition, the office handles real estate transactions, both buying and selling. That can include projects in London and Rome as well as those closer to home such as the development of Eddy Street Commons.

“We also defend lawsuits, everything from somebody who fell on the ice to suing the federal government. We defend the University’s intellectual property — logos to science and engineering patents, licensing infringements and trademarks.”

Thinking back to her college years, Corr says, “I never would have predicted I’d be here. To the extent that I can give advice, it would be to have an open heart and watch for opportunity.”

On a personal note, Corr is an avid reader (she’s in a book club), and loves movies — the “Hunger Games” series is a recent favorite. She’s also trying to learn Italian with Rosetta Stone.

“I feel really lucky,” she says. “I look around, and remember walking these paths as a student. There’s a lot that’s changed, but a lot that’s remained the same. It’s the people that make it all so great.”