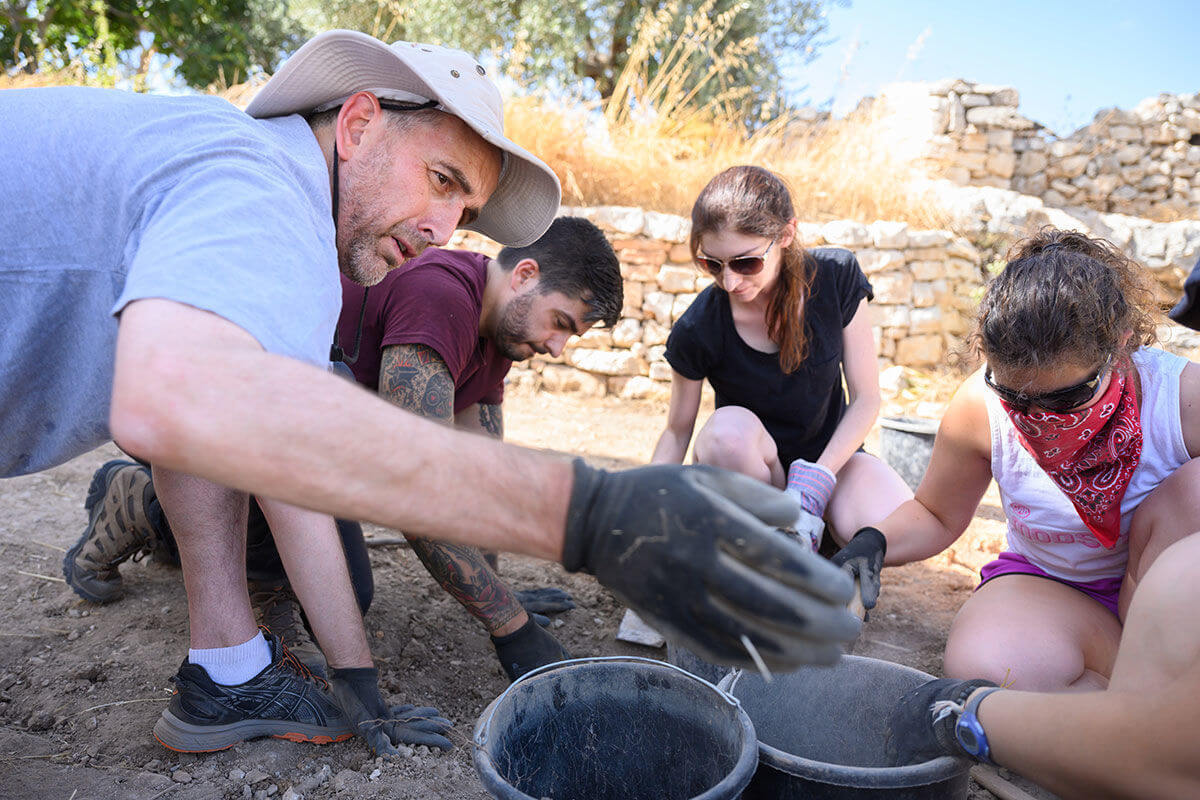 Abraham Wintizer (left) and Notre Dame theology graduate students work on an archeological dig on the grounds of the Tantur Ecumenical Institute in summer 2019. (Photo by Matt Cashore/University of Notre Dame)

Thousands of years ago, Mesopotamians craned their necks to watch as the moon passed between them and the sun, casting darkness on the Earth. They sacrificed animals and opened them up, carefully analyzing the characteristics of their organs.

These ancient people were looking for messages from the gods; they sought information about potential enemy attacks, the weather, and predictions for their crops. 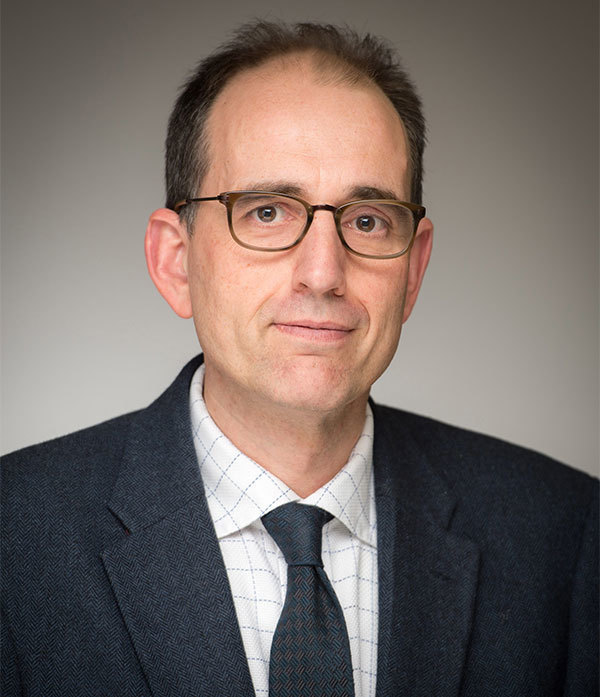 “In any society, there is a desire to know the future. That’s still true today, if you think about political polling or weather forecasting,” said Abraham Winitzer, the Jordan H. Kapson Associate Professor of Jewish Studies in Notre Dame’s Department of Theology. “Mesopotamians had an assumption that the gods were ever-present in the natural world and that they could solicit the divine realm by different techniques to get messages or to ask questions.”

Winitzer works primarily in Assyriology, or the study of ancient Mesopotamia. He’s also one of two Notre Dame theology faculty that have a focus on Jewish studies, an area in which the department is giving new emphasis. Winitzer tries to forge connections between ancient texts and modern Jewish thought.

“Avi Winitzer gives us a grounding in the knowledge of the world of the Ancient Near East,” said Timothy Matovina, chair of the department. “These scriptural texts were not written in a vacuum. They were written in a time and place where we have a lot of documented knowledge. He helps situate Jewish and Christian texts in the ancient world where they originated.”

‘A form of science’

If Winitzer stands out in his department, he also stands out in his field. The emphasis on connecting ancient texts to more modern ones is a path few have taken, based largely on the thinking of a 20th-century giant in the field of Assyriology, A. Leo Oppenheim. Winitzer hopes to complete a biography on Oppenheim in an effort that will help rethink how ancient cultures are studied.

Winitzer’s interest in Mesopotamia started with the Bible. As a teen, he became fascinated with its origins, wanting to know how the Bible was inspired by older scriptures and texts. His research in graduate school took him back even further.

In particular, Winitzer is interested in how the Mesopotamians thought about their physical world and its relation to the divine realm.

“These rituals and the knowledge they gained were a form of science, at least for them,” Winitzer said. “I think it’s significant to understand their reasoning and scientific thought. If you don’t have that, you don’t have an understanding of that civilization.”

“These rituals and the knowledge they gained were a form of science, at least for them. I think it’s significant to understand their reasoning and scientific thought. If you don’t have that, you don’t have an understanding of that civilization.” 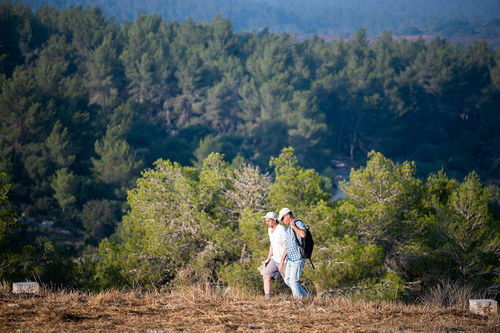 Winitzer’s research led to his first book, Early Mesopotamian Divination Literature: Its Organizational Framework and Generative and Paradigmatic Characteristics, published in 2017, in which he lays out how Akkadian Old Babylonian literature, from about 2000 to 1600 B.C., contains early forms of scientific reasoning that we can see as influencing later societies and their own writings.

That type of thinking runs counter to his current research interests on Oppenheim, an Assyriologist at the University of Chicago who guided mainstream thinking in the field with his 1964 book, Ancient Mesopotamia: Portrait of a Dead Civilization. In it, Oppenheim argued that because there were no connections between Mesopotamia and later societies, modern thinkers could not truly or ultimately understand the Mesopotamians.

But Winitzer’s studies clearly show those links, and he wanted to know why Oppenheim would build a wall between them.

Oppenheim eventually escaped to the United States, but his parents were killed in the Holocaust. He came to see his world — the Jewish and European — as dead and lost,  Winitzer said, something that seems to have transferred to his view on the Mesopotamian civilization.

“His works sound like they could be resonating from his experiences. If that’s so, then his ideas on what Mesopotamia is and how to study it need revisions,” Winitzer said. “They have not served Mesopotamia entirely well, for scientific and practical purposes.”

Winitzer is planning to write a biography of Oppenheim, which could serve to open a bridge between the ancient Mesopotamians and more modern theology. Winitzer sits in a prime position to do so with a background in Jewish studies and his emphasis on ancient languages, among them Akkadian, Aramaic, and Hebrew.

“People want to know the historical context out of which the Bible originated,” said Gary Anderson, the Hesburgh Professor of Catholic Theology at Notre Dame. “Most scholars in Assyriology began to segregate themselves from the Bible. Avi is one of the very few who not only has the interest in relating Mesopotamian texts to the Bible, but the academic skills to do so. That is very important and very rare.”

“Most scholars in Assyriology began to segregate themselves from the Bible. Avi is one of the very few who not only has the interest in relating Mesopotamian texts to the Bible, but the academic skills to do so. That is very important and very rare.”